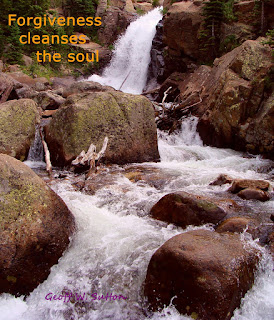 There are several definitions of forgiveness. At a basic level, forgiveness refers to the completion of a process of “letting go” of all the negative feelings experienced when one person is hurt by the actions or words of another person.
As in the classic moral story about a debtor asking forgiveness for a debt he could not repay (Luke 7:40-50), forgiveness balances the scales of justice by cancelling the debt owed by an offender toward the person who suffered because of an offense.


Forgiveness can be a single act. People can let go of a past hurt and the accompanying distressing emotions such as strong anger. They also give up a desire to get even (revenge motivations).


Unforgiveness, is a state of holding onto a hurtful experience characterised by remembering the hurt and re-experiencing distressful emotions such as anger. Unforgiveness may be accompanied by thoughts of revenge. Unforgiveness is captured in ordinary language by the phrase, "holding a grudge."

Forgiveness comes with blessings of good health and well-being. Forgiveness is not a cure-all, but it often helps with aspects of depression and anxiety. We may feel less stressed and less angry when we forgive. Research indicates a reduction in cortisol levels when people forgive. Our cortisol levels are elevated when we are under stress.

Forgiveness is positively correlated with humility, hope, love and compassion.


Two psychologists have led the way in developing approaches to forgiveness that have helped many people: Robert Enright and Ev Worthington, Jr. (see references below).

Findings published by Chelsea Greer and her colleagues indicate improvement in forgiving when using a workbook.

Self-forgiveness is an important aspect of forgiveness because some people are overly self-critical about their past actions.

Reconciliation
Some theorists view Christian forgiveness as including a positive attitude toward the offender with a desire to reconcile. However, most agree that there is a danger of reconciling with offenders who continue to abuse the forgiver. Thus, even when reconciliation may be a desirable goal, forgiveness does not require reconciliation.

Counselors, clergy, and psychotherapists are among those who may be trained in forgiveness interventions. Some people naturally forgive others and some learn to forgive through spiritual practices like prayer. Some benefit from reading self-help books. Others may benefit from one or more sessions with a professional.

Learn more about forgiveness in Chapter 6 of Living Well on AMAZON. 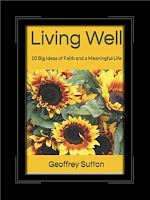 
Learn more about forgiveness by reading these online articles

10 Beliefs about Forgiveness and Reconciliation

Psychology of Forgiveness and Spirituality


Learn more about forgiveness in these Books
Handbook of Forgiveness, Second Edition
FORGIVENESS THERAPY: AN EMPIRICAL GUIDE FOR RESOLVING
ANGER AND RESTORING HOPE
FREE OF CHARGE: GIVING AND FORGIVING IN A CULTURE STRIPPED OF GRACE
References


Worthington, E.L., Jr., (2013). Moving forward: Six steps to forgiving yourself and breaking free from the past. Colorado Springs, CO: Waterbrook.